NEED SOME HELP
CLICK HERE OR CALL US ON

Cyber Futuristics was presented with highly prestigious Rajasthan State Award for Export Excellence for the year 2010-2011 by Mr. Ashok Gehlot, Honorable Chief Minister of Rajasthan. The award was accepted by Mr. Anuj Bairathi, CEO and President of Cyber Futuristics. The award is yet another testimonial of tremendous hard work, dedication and innovative approach initiated by this young company. Being a recipient of this award, Cyber Futuristics is all counted among those elite organizations which believe in the power of quality service and customer satisfaction. 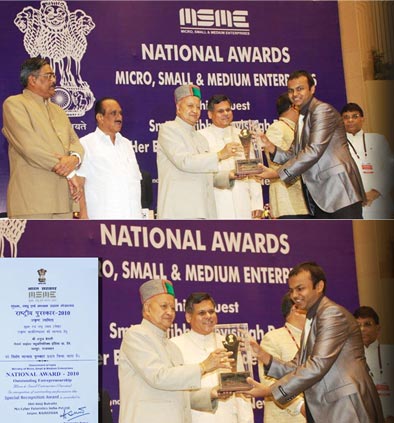 The Micro, Small & Medium Enterprises (MSMEs) in India has been showing stupendous performance for the last few years. In order to recognize the same and encourage these medium sized organizations,the Government of India presents MSME National Awards to the companies that show high prospects.

State Award for Excellence in IT Industry Sector

Cyber Futuristics was awarded State Award for Excellence in IT Industry Sector for the year 2004-2005 by the Rajasthan Government. 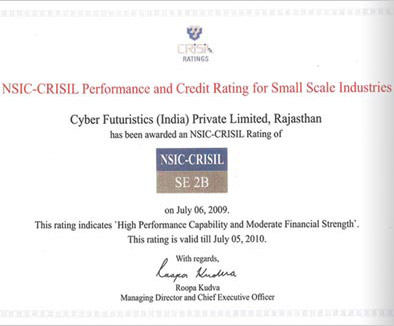 SE 2B rating is given to the companies that demonstrate High Performance Capability but Moderate Financial Strength. Cyber Futuristics was awarded SE 2B rating by CRISIL because of its remarkable performance abilities.